Tracking link for instructors
M﻿Y  JOU﻿RNEY FROM BEING THE PERSON CHOSEN LAST FOR TEAMS TO BEC﻿OMING A﻿ PERSONAL TRAINER!

﻿﻿﻿﻿﻿My quest for fitness began when I was nine years old.   I was the last person chosen for teams, was a bit overweight, and couldn’t play sports without huffing and puffing,  which my buddies teased me about.

I had to do something about this so I started doing pushups against the bedroom door, then progressed to moving my feet further out, to doing door pushups with one hand and ultimately moving on to standard pushups.  Working out with weights in my friend’s garage with dumbbells made from coffee cans and cement followed.   My new exercise and healthy eating routines enabled me to play high school football and wrestle.  I was thrilled at my progress and this started a fitness and health pattern which continued throughout my lifetime.

A copy of Strength and Health magazine by Bob Hoffman caught my attention and I anxiously awaited the next issue.  Protein drinks were part of my daily meal plan….I was hooked on good health and fitness!

After high school I majored in Health and Physical Fitness at Trenton State College.  My love for fitness continued in the Army in France where I was a paratrooper, started a weightlifting club and ran a waterfront camp for military dependent children with an emphasis on physical fitness.  I returned to the states, married and purchased a hair salon where I cut hair to support my family, but I never stopped exercising.

I jumped at the opportunity to open a gym and health spa and later on a bodybuilding gym.  By this time I was well known in the business and went on to compete as a bodybuilder, promoting many contests and training many bodybuilders, power lifters, wrist-wrestlers and high school athletes.

Unfortunately there was not a lot of money to be made in the 70's in the gym business so I sold the fitness center to pursue a career in real estate and later became a Mortgage Banker.

Although I was a Red Cross Lifeguard and Water Safety Instructor, I never pursued competitive swimming until years later.  In 2004 at age 62, I trained with a swimming coach and received two bronze medals, qualifying for the Senior Olympics in the 100 meter breaststroke and freestyle.

At age 65 I made my first skydive from 13,500 feet which had been on my Bucket List for years.

I studied hard and became an ACE Certified Trainer at age 71 and now enjoy helping clients of all ages attain their health and fitness goals.  I continue to train and push myself further and further.

I never forgot being that boy who was bullied because he could not keep up with his friends and have always maintained my fitness and health plan.  Now that I am retired and living in Florida, I have more time to help others achieve their personal best.   ﻿﻿


IT'S NEVER TOO LATE TO START....TODAY IS THE FIRST DAY OF THE REST OF YOUR LIFE!I 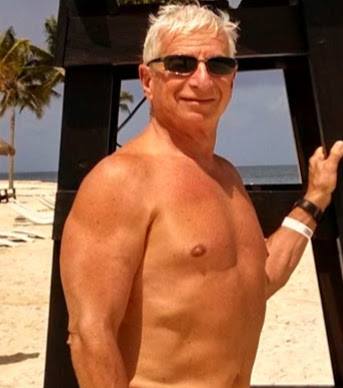